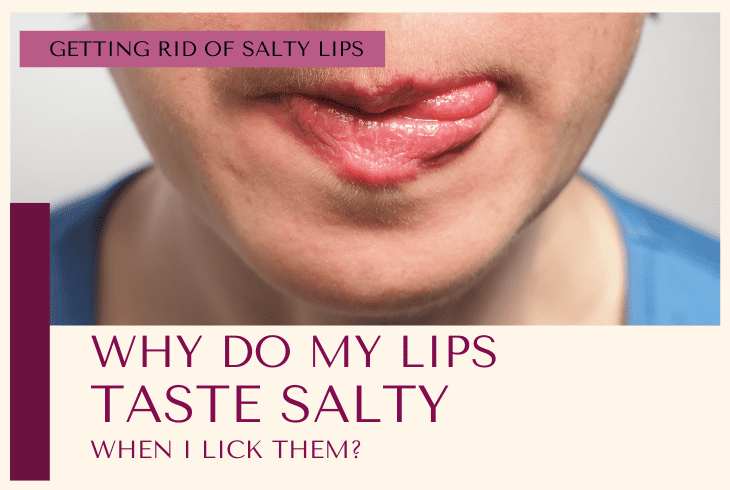 A while ago, I would wake up in the morning to salty lips and I kept wondering “why do my lips taste salty when I lick them?”.

It even happened during the day and I was seriously curious.

Are your lips salty even when you have not eaten salty food yet? Are you interested in knowing why it is happening and how you can get rid of it?

You do. So then read on.

Usually, salty lips indicate that you have an underlying chronic health issue, you are dehydrated or you could even be sweating.

Why Do Your Lips Taste Salty?

Lips tasting salty is common amongst most people. Of ten individuals, six are probably having salty lips. Most may not know it.

So straight away, we will dive right in to provide you with the answers to why your lips are salty.

Mine was, and it bothered me a lot. But after some little research, one I am going to share with you in this article, I realized that it was a common problem.

That is why I must start by asking you not to be afraid. Here is why your lips taste salty when you lick them.

Reason #1: You Are Probably Sweating

And because sweat is salty, that is why you might be noticing the salt on your lips.

However, you need to determine if yours is normal or something to be worried about.

Dehydration is a dangerous condition, one you should never find yourself in.

If it is intense, the results of dehydration might be fatal and might lead to death. That is why it is important to have enough glasses of water with fruits in a day.

Dehydration followed by a salty tongue can be a serious problem and prompt medical care is necessary.

At times, when you have the flu, characterized by a runny nose, you will realize that mucus can overflow.

In other circumstances, a runny nose might result from a sinus infection, cold, or an allergy.

During this time, there is excess mucus produced by the mucous gland, it ends up flowing to the back of your mouth.

Then when this is mixed with saliva in a manner you might hardly notice, you will start to experience a salty mouth and lips.

Nutritional deficiency is a common problem, especially for younger children. It can also happen in the elderly.

It happens when there is no intake of a certain group of food, creating a deficiency. One of the symptoms of a nutritional deficiency is a salty lip.

It is accompanied by other symptoms such as nausea, fatigue, irregular heartbeats, and a weak body.

Also, hormonal change has been linked to salty lips. Hormonal changes are common, especially for women in their period or at menopause.

With time, after they have gone through it, these symptoms are likely to fade.

As much as medicines are very helpful and life savers, most of them come tucked along with several side effects.

These effects might range from serious to mild. Before using any medication, you should check the package for any side effects.

Salty lips are a symptom of a medicinal side effect.

It is accompanied by dry mouth and dehydration symptoms.

Before going on with the type of medication probably causing the saltiness, consult with your doctor and receive guidance on the medication.

They happen perhaps due to sharing a toothbrush, eating spoiled or sugary food, or irregular brushing of teeth.

If left untreated, what might just look like a simple oral cavity infection likely to heal in time could likely grow big and bad.

Symptoms of an oral infection range from salty lips.

Other than salty lips, other symptoms include a bad mouth odor, loose teeth, and pus from the gums.

Reason #7: A Bleeding Mouth Or Lips

There might be blood on your lips yet you may not know it. The lips are very delicate and soft.

During a meal or while chewing anything tough, your lips might get injured and blood is likely to start oozing from them.

Blood is made up of salty compounds.

So, even after you have stopped bleeding, you will still taste salt on your lips occasioning from the now dry blood.

How To Get Rid of Salty Lips

Your curious mind must now be satisfied now that you know the answer to the question “why do your lips taste salty?”.

It might not always be that you are sweating or that you just had a sugary meal.

If you notice that your lips are salty and they don’t appear to stop any time soon, then there is more than meets the eye.

Salty lips aren’t a good thing and as a person who cares about themselves, you need to find the root cause of the problem.

Once you do, you need to quickly get rid of it because most of the reasons you are having salty lips shouldn’t be left to escalate.

If they do, it might end up fatally. So below is how and what you should do to stop your lips from tasting like they are salty.

Method #1: If you are Sweating

Getting a cold shower immediately after exercising would help remedy this. Sweating is common, especially after exercise or a tough job, and there will most likely be salt all over your body.

It is dangerous to have a dehydrated body. The human body is built up on water and that has to be maintained. Get enough water daily.

It is recommended that you should drink between 6 and 8 glasses daily. This will help to get rid of the dehydration problem.

This is a common symptom of sicknesses like the flu. What you need to do is to get medication to stop the flow, and have a shower to help clean up.

The answer to a nutrition deficiency is to have a balanced and nutrient-rich diet.

You can go for supplement tablets like B12, eat enough fruits to get enough vitamins, and practice good eating habits.

Method #5: If Medicinal Side Effects

Salty lips that could come up as a reaction to recent medications can be solved by simply talking to your doctor for a possible change of prescription.

If your lips are salty as a result of an oral infection, it is highly recommended that you seek treatment immediately.

Read Next: Why Do My Lips Swell When I Cry? What to Do?

I’ve been asking, “why do my lips taste salty when I lick them?” I would later realize that I was having salty lips as a result of dehydration.

I just can’t seem to drink enough water. Lately, I try as much as I can to get up to six glasses in a day.

If you are having salty lips, time is nigh, get rid of them. After all, lips shouldn’t taste like they are salty or even sugary.

Get on the move today, find out why your lips are salted, and put in measures to stop it.

If they do not seem to stop, then see your doctor as early as now. 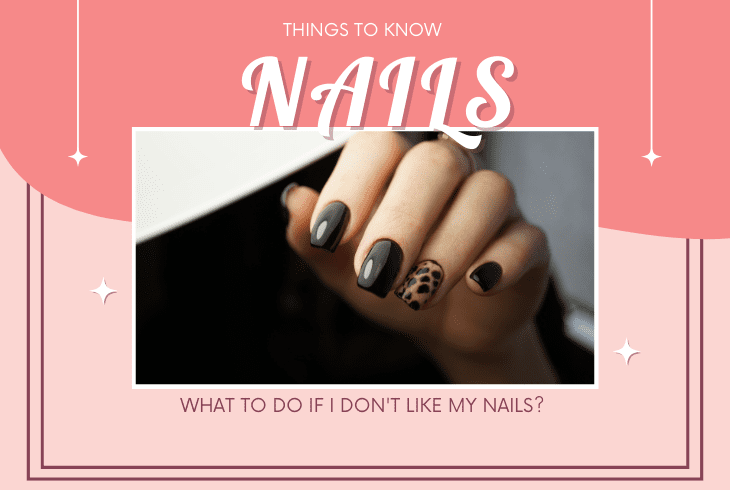 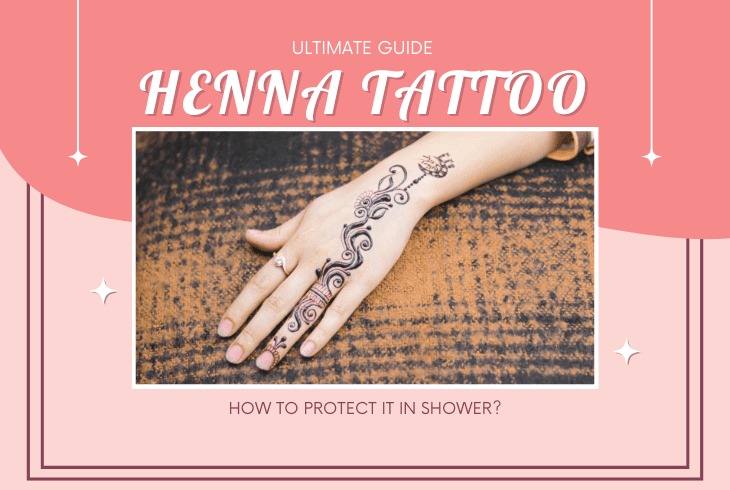 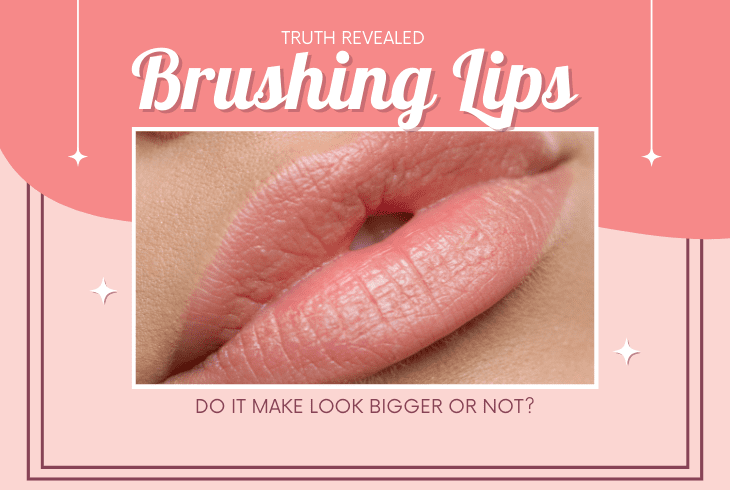 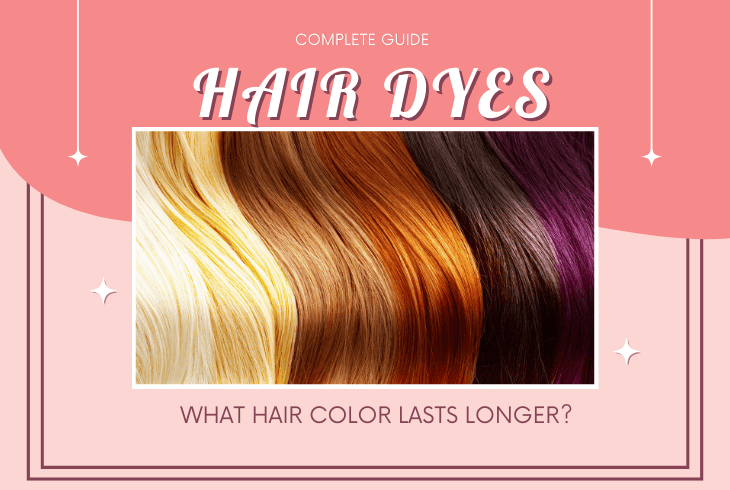 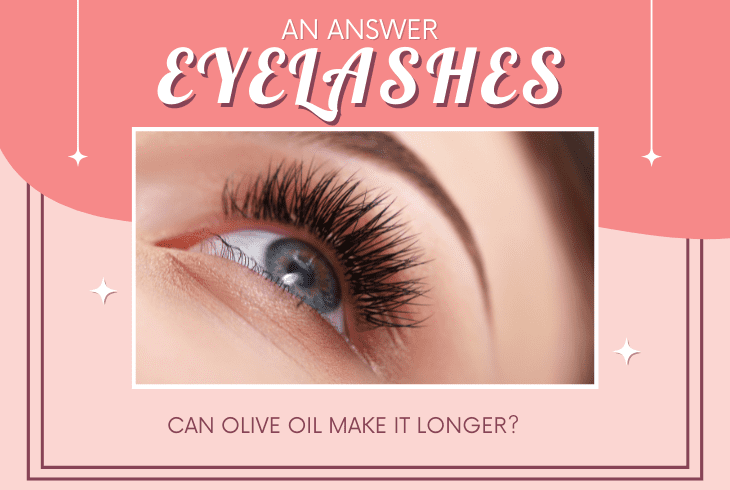 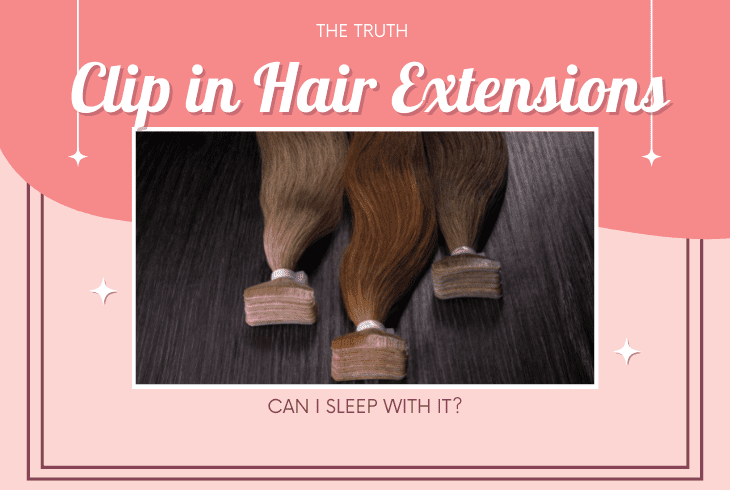